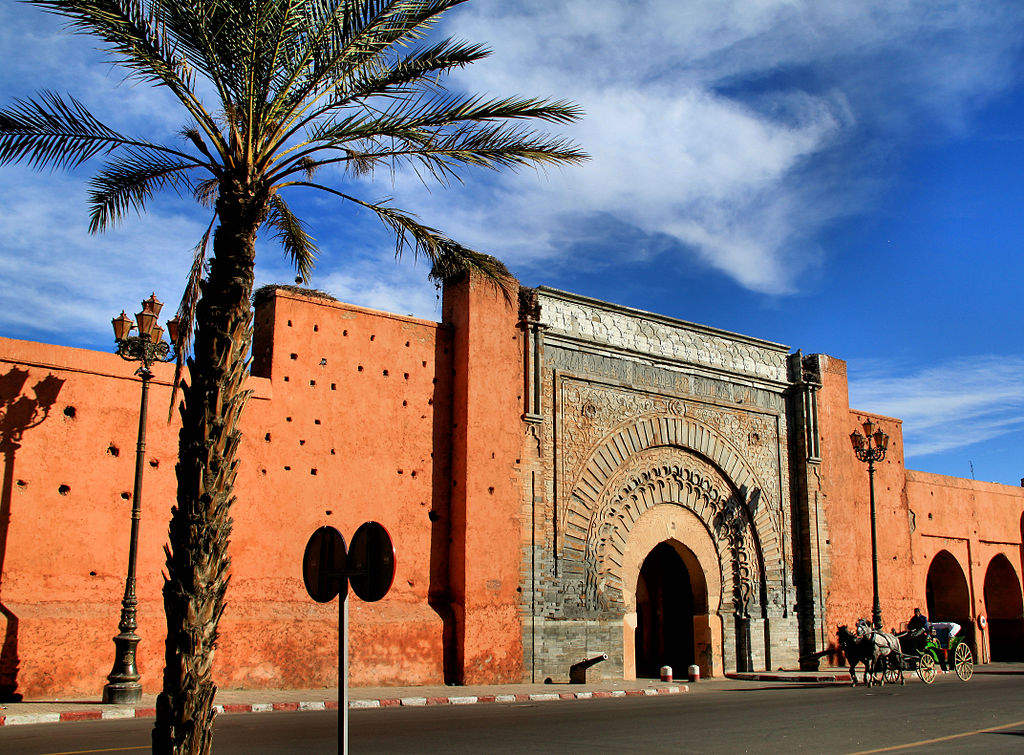 The surrounding walls of the city of Marrakech were erected around 1120, when the city was subjected to continuous attacks by the Berber dynasty of the Almohads, coming from the southern regions.

To cope with the attacks, the sultan of Marrakech, Ali Ben Youssef, decided to erect strong walls, to defend the city, the walls were built with a height of 9 meters and formed a circuit of 10 km around the city, originally included as many as 200 towers and 20 access gates.

The walls were built with a mixture of straw, mud and lime, which, hardening, gave the same resistance as bricks.

The main access gate and the most beautiful of the city, namely Bab Agnaou, while the door that is further south is called Bab El Rob.

Among the other city gates that certainly deserve a note are: Bab Doukkala, Bab Berrima, Bab Debbagh, Bab El Khemis, just outside the walls there are also seven stone towers, each flanked by a large tree, this structure celebrates the seven saints of the city of Marrakech. 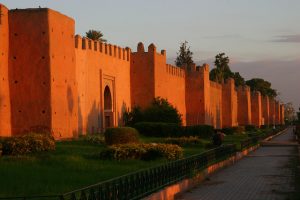 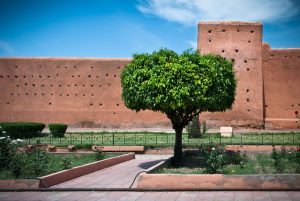 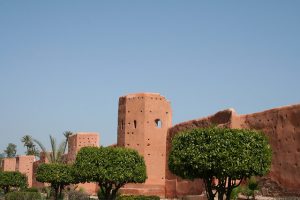 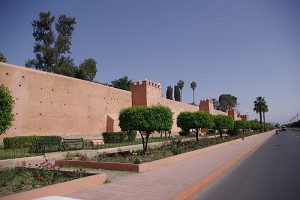 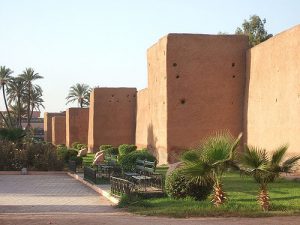